What Are Tracked Out Stems and Why Do You Need Them? 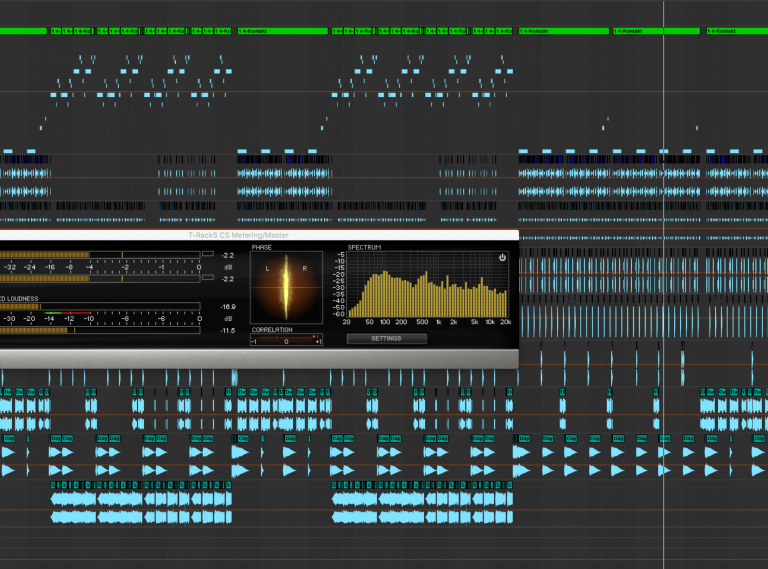 If you’re looking to record your songs professionally, you really can’t go without the tracked out stems of a beat. Tracked out stems are of tremendous value but that’s only if you use them appropriately. For some artists, this is new territory. So, allow me to explain why you’re much better off buying a beat license that includes these stems.

In this guide, you will learn:

What are Tracked Out stems?

The terms ‘Tracked Out Files’, ‘Track Stems’, or Tracked Out Stems’ are commonly mentioned in online producers licensing option. They generally come with a more expensive (non-exclusive) license.

Check out the screenshot below. The two PREMIUM licenses have the “tracked out WAV stems”, outlined by the poorly drawn white boxes. 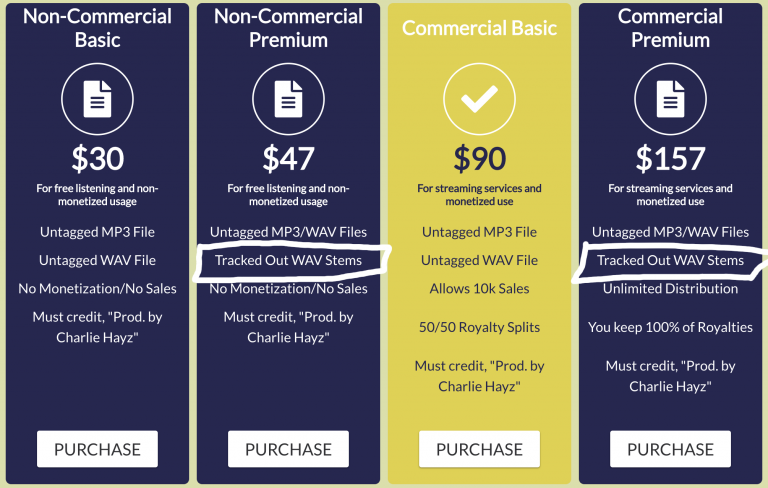 First, we have to separate two different types of stems typically used in the music industry.

When you’re buying beats online, these are usually considered as the stems. 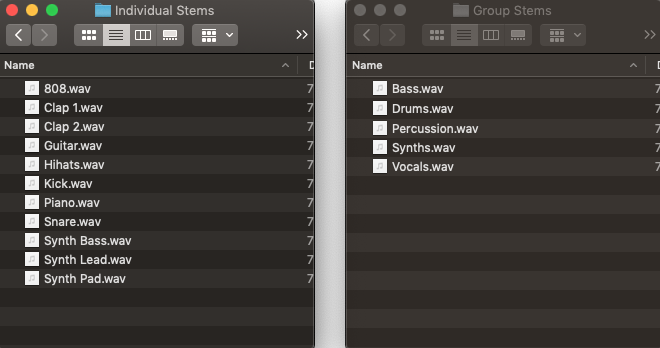 In order to increase the overall quality of your song, you’d want to go for the individual tracks, rather than the group stems.

Producers generally consider ‘tracked out stems’ as the individual stems anyway so no worries about that.

On a side note: After a song is mixed by audio engineers, they sometimes export your song to group stems for mastering purposes. But to avoid confusion, we’ll not go into the details of that in this guide.

What are tracked out stems used for?

There are many reasons why professionals work with stems but it all comes down to the same thing.

Producers and audio engineers need to have control over the mix in order to deliver a song that meets the industry quality standard.

This is where tracked out stems are used for.

What if you’re an artist, recording and mixing your own songs?

A lot of independent artists record and mix their songs themselves. If that’s you, the same principles apply.

Tracked out stems will offer endless possibilities to make your vocals stand out better and increase the overall quality of your songs.

Small tweaks to the volume levels of the beat stems can already make a world of difference. You don’t have to be a professional audio engineer to do that.

The same applies to equalizing instrumental tracks to make room for your vocals. Take control of the entire mix and do not depend on just your vocal tracks and a single file of the beat.

The fact is, every song needs (small) adjustments in different areas. Always!

Why stems are better than a single MP3 or WAV file

First of all, if you’re serious about your music career, don’t use MP3 files for your songs.

MP3’s are not industry standard and won’t even get you close to a level of quality similar to what you hear on the radio. Simply because the quality of “MP3” as a file type is poor.

If you’re outsourcing mixing and mastering to an audio engineer and you send him your vocal tracks and an MP3 file of the beat to work with. He’ll probably laugh in your face.

Like I said, mixing songs is all about being in control. Having just a single track to work with that’s also of the lowest quality possible prevents the audio engineer from doing a proper job.

But there’s another reason why I would not recommend a single-track MP3… or even WAV file for that matter.

If you’re buying beats from online producers, almost all single-track (MP3 or WAV formatted) beats have been mastered by the producer before they uploaded it to their store.

What this means, in simple terms, is that they’ve boosted the volume and enhanced certain frequencies of that beat. They do this to improve the quality and have it meet the volume standards in, for example, their YouTube videos.​

However, for some producers, it’s also the version that they sell to you when you buy a license.

This greatly impacts the quality of your song. Because, after you’re done recording your vocals, you’ll have to send it off for mastering yourself.

This is a major issue for artists that typically go for the cheaper licensing options. Even worse for those who download beats (illegally) from YouTube! 😤

Here’s an example of a song by someone who used a mastered MP3 file off of a YouTube channel, made a song to it and then mastered it again.

And here’s the original beat.

Notice how his version sounds squashed and super low quality. The vocals are also completely off balance compared to the instrumental. It’s nowhere near industry standard quality.

This is a perfect example of what your song could potentially sound like when you’re using mastered single-track versions of a beat.

Again, some producers sell these mastered versions with their cheapest licenses.

Why licenses with tracked out stems are more expensive

Producers ask a higher rate for licenses that come with tracked out stems. It could be anywhere between $50-$200 a license.

By now, you’ve learned about the benefits of using stems and hopefully, we can agree that it’s a good investment to make.

It simply gives you the best bang for your buck and it’s all about creating a song that has the potential to become big. This is in both you and the producer’s interest.

With these tracked out stems, I’m giving you more control over the instrumental. The opportunity to make a good quality song with it.

Besides the stems, you’ll also get better user-rights. This allows you to distribute the song across multiple streaming platforms, maximizing your exposure and see a higher return on investment.

What if you really can’t afford the more expensive licenses?

Understandable! We all have to work with what we have.

In that case, I would recommend getting at least a license with a WAV version. It’s limited in terms of mixing and mastering but with the right audio engineer, you can get a pretty good sounding mix.

However, I do not recommend this for singles, albums, EP’s, (official) music videos or any tracks that are going to be sold on iTunes or other platforms. Or streamed on platforms such as Spotify or Apple Music.

These are the platforms where songs blow up these days. You can get added to Spotify playlists or get on the radar of major labels through the exposure you’re getting there.

Trust me, you don’t want to have a hit record in your hands but miss your big break because of low-quality audio.

Did you come here to determine which license to buy from my store?

If you came here to make up your mind about which license to buy from my store. Hopefully, I’ve given you the answers that you were looking for.

If not, feel free to reach out anytime using this contact form or use the Facebook messenger widget at the bottom right of your screen.

On a different note; If you’re not up for making the investment right away and your budget forces you to go for a less expensive license. Just know that you can always upgrade your license at a later stage. You’ll only pay the difference between the set price of the licenses. (This does not apply to all online producers!)